Niko Besnier is a socio-cultural and linguistic anthropologist. He is currently Adjunct Professor in the Department of Social Inquiry at La Trobe University, Melbourne. 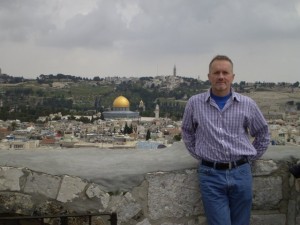 He was born in Algeria, and brought up in Spain and Britain. He is a citizen of the United States, New Zealand, and France. He has conducted extensive field research in the Pacific, principally on Nukulaelae Atoll, Tuvalu, where he has spent a total of four years since 1979, as well as Tonga, where he began fieldwork in 1977. He has also conducted field research in Japan and the United States. He obtaining a BA in Mathematics from the College of Creative Studies at the University of California at Santa Barbara, an MA in linguistics from Stanford University in 1981, and a PhD in linguistics from the University of Southern California in 1986.

Niko Besnier’s research has received funding from the (U.S.) National Science Foundation (twice), the Marsden Fund of the Royal Society of New Zealand, the Wenner-Gren Foundation (twice), the Harry F. Guggenheim Foundation, the Netherlands Organization for Scientific Research (three times), the Japan Society for the Promotion of Science, the European Research Council, and several local funds.

In 2012–17, Niko Besnier directed a project titled “Globalization, Sports, and the Precarity of Masculinity,” funded by the European Research Council. See the project website at GLOBALSPORT.