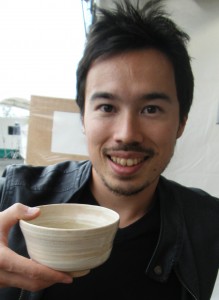 What happens when the aspirations of many are pinned on one talented athlete who lives far away from home in a completely different environment? How is a Kenyan distance runner’s capacity to aspire shaped through their experience in Japan? Why are the lives of some of these runners enriched while the lives of others hindered? This ethnographic project focuses on the lives of Kenyan runners in Japan, with the aim to shed light on the social, economic, and political challenges inherent in sports migration in general and in the context of Kenya and Japan in particular. The project will explore not only what running in Japan represents for Kenyan runners, but also a number of questions that their migratory experience raises: What is the “good life” and how does aspiring Kenyan athletes’ experience in Japan, a country so culturally and linguistically foreign to them, become a means to achieving it? What does it mean to be a successful woman or man in Kenya and how do images of the ideal man or woman affect these athletes’ life choices?

An anthropological approach begins with seeing the world through the eyes of the runners. My fieldwork will also consider other agents and institutions invested in the process in the hope of contributing to our understanding of gender, ethnicity and race, religion, language, migration, and hope against the backdrop of global inequalities and the commercialization and professionalization of sport. A deeper exploration of these topics will help us understand the tensions between the runners and the ways in which the larger power structures that surround them can empower or constrain their lives, both locally and globally.

Michael K. Peters obtained a BA in East Asian Studies from Brandeis University and an MA in International Relations at Waseda University Tokyo. He captained the Brandeis University cross country and track teams and was nationally ranked in the marathon for six years in Japan. He has worked in sport television production at ESPN and as a Japanese–English interpreter in Major League Baseball for the New York Mets. He is a full-time university instructor in Shizuoka, Japan. 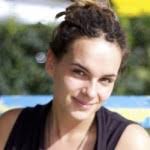 Carmen’s current PhD project engages the reconfigurations of everyday economic practices and the moralities that undergird them as a result of the European Financial Crisis in Northern Portugal. The “economy of crisis” and its narrative are understood as a breakdown in continuity that may open new perspectives – in labour, provisioning, collective bargaining – for some, while also limiting peoples’ abilities to imagine the future as prosperous social reproduction. In the once booming northern Portuguese textile manufactures, national financial austerity has meant a decrease in employment options both inside and outside the sector, while neoliberal workfare regimes increased precarity, volatility and labour market dualism.

In the northern Portuguese town of Guimarães, particularly, an estimated 60% of the working population have lost their jobs in the shoe and garment industry since 2007. Meanwhile, the city was named one of two European Capitals of Culture in 2012 and received some €25M in funding, most of which was channelled into refurbishing old factories as art and exhibition spaces. Driven by the EU’s proposal that “culture is capable of outweighing the shock of austerity”, the city has seen huge and largely temporal investments in film studios and galleries – the majority of which have closed down with the end of funding in early 2013.

Other employment options in tourism, services and agricultural being seasonal and frequently underpaid, the ability of households to make ends meet is pulled sharply into question, as are the national and regional financial coping mechanisms routinely administered by the EU and troika-led national governments. Investigating the economic behaviour and morality of households may thus contribute to an understanding of the articulation of everyday economic rationalities that might lie simultaneously outside and beyond those posited by the financial sector.

Over the past two decades, the migration of footballers from West Africa to Europe has been the subject of considerable debate. The outward migration of highly skilled footballers is practiced systematically through academies, where talented young players are trained with the express purpose of preparing them for a career in Europe. This is very much the case in Senegal, where a high unemployment rate and widespread poverty contribute to what has been described as a “crisis of masculinity.” Unable to fulfill their traditional roles as husbands, fathers and breadwinners, men see migration to Europe or the United States as a solution – and football offers one significant pathway towards a better future.

Within this context, the project seeks to explore the role of football-based migration in Senegalese society, with a focus on changing notions of what it means to be a successful man. The research takes into account the meaning of the sporting body in the construction of identity, comparing and contrasting football with the lucrative – and distinctly local – sporting alternative of Senegalese wrestling. The trajectory of football migration will be explored in all its facets, from the academy system in Senegal to the European football clubs heavily reliant on West African talent. As well as closely following the migratory paths of the players themselves, the fieldwork will consider all other agents and institutions involved in the process. Friends, families, coaches and informal migrant networks will act as informants, and help to shed light on the key issues surrounding sports, migration and ideas about masculinity.

Mark Hann holds a BSc in Anthropology from University College London and an MA in Eastern European Studies from Freie Universität Berlin. Prior to joining the GLOBALSPORT project he worked for streetfootballworld, an international NGO working on development through football. 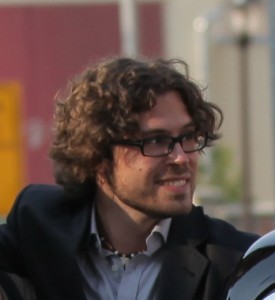 As in many parts of West Africa, almost all young men in Cameroon who trains in football are determined to move out of the country and launch an international career. They see playing football as an opportunity to prove themselves as successful men: to be mobile, earn sizeable incomes, become superstars and household names, be disciplined and “straight”, be good Christians and preach the gospel, alleviate their families from poverty, and serve as examples for younger generations.

At the same time, these expectations can be extremely high. Besides entering the highly competitive and precarious field of professional football, the players often feel enormous pressure to take care of their parents, siblings and relatives. Between their eagerness to migrate out of the country and the pressure to provide for their extended households, the young men are often left in the hands of their profit-seeking agents and managers, who simultaneously treat them as children in need of fatherly protection, and a commodity whose market value is under constant negotiation.

My project focuses on young men from the South-West region of Cameroon. Through fieldwork in football clubs for young men and sport schools for boys, I am investigating how hopes and dreams of places afar intersect with precarity, masculinity, and spirituality. I am also conducting fieldwork with their parents, siblings and relatives they “leave behind”, practicing an “ethnography of absence”, in order to investigate the flip side of global flows. I am following the young men in their ventures abroad, either through physical space with an airplane, or through virtual space with Facebook and Skype, in order to investigate transnational mobility. Finally, I am interviewing football agents, managers and coaches, investigating how monetary value is ascribed to athletic bodies that have the potential to bring profit.

Uroš Kovač originally worked as an investigative journalist in his native Belgrade, Serbia. His MSc research at Utrecht University was an ethnography of the post-war reconciliation process in Sierra Leone.